So the day had arrived for Arbroath to be crowned League one winners! After a breakfast of blueberry pancakes 🥞 we took our time to get ready, prepare dinner for later and enjoyed some quiet time. 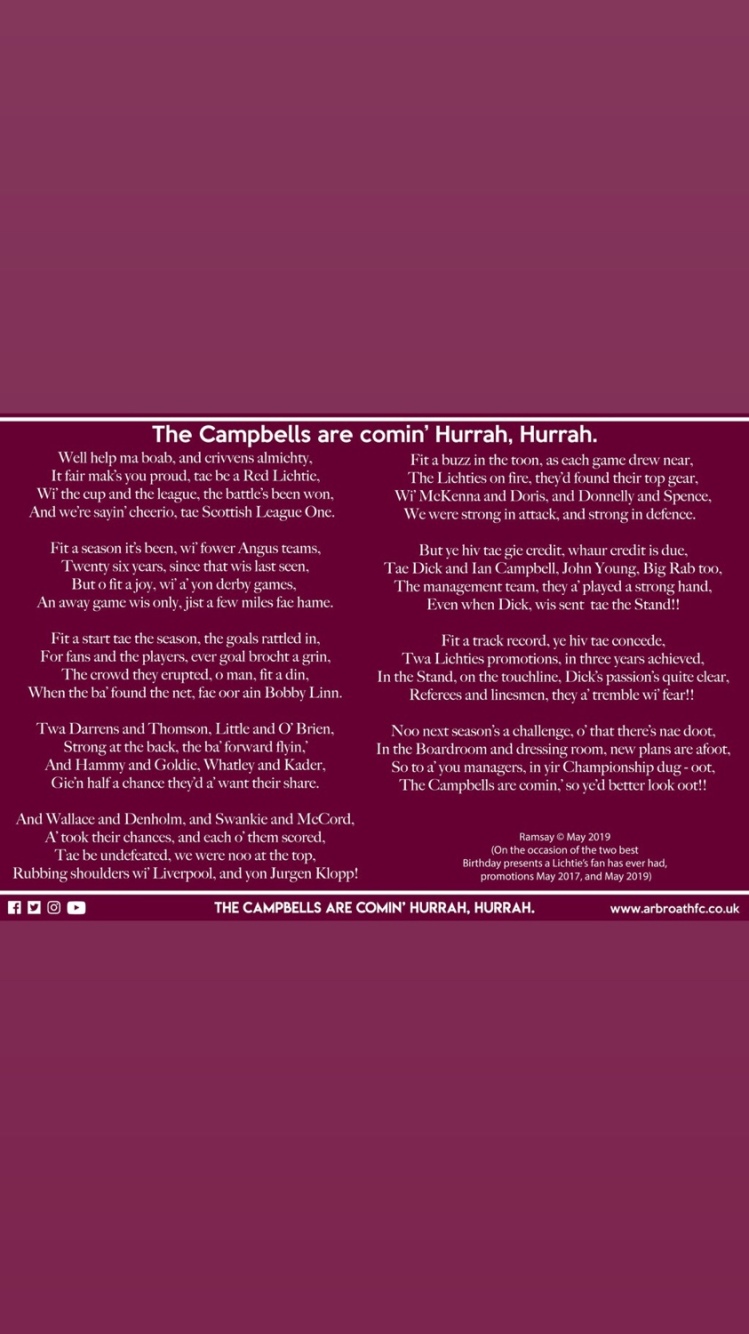 Arbroath and Angus really has some beautiful places to see , with red sandstone glowing like an ember on the cliffs.

Time to go so we can get a seat!

Entrance paid we made our way to the stand. Music playing tunes like ‘I’ve got a feeling’ + ‘Heroes’ (always takes me back to Andrew and Lis’s wedding). Smokie Joe made an appearance!

The match began, 0-0 at half time, with a few goal opportunities gaining the ooos and ahs of the 1373 strong crowd!

Dumbarton then scored, but Ballantyne was sent off, some 7 minutes later and a penalty awarded, and duly despatched.

Tbh the result was immaterial, but it was good not to lose. Final whistle and a pitch invasion, the man asking the fans to leave the pitch was funny as was the blatant disregard. The podium was built, the players and management team were introduced and walked out to receive their medals.

Next was the ‘we are the champions’, the cup, the pyrotechnics, the jumping, the champagne!

A wonderful end to a fantastic season. I wish the team the very best and look forward to seeing them in the 2019/2020 season and whatever that may bring! 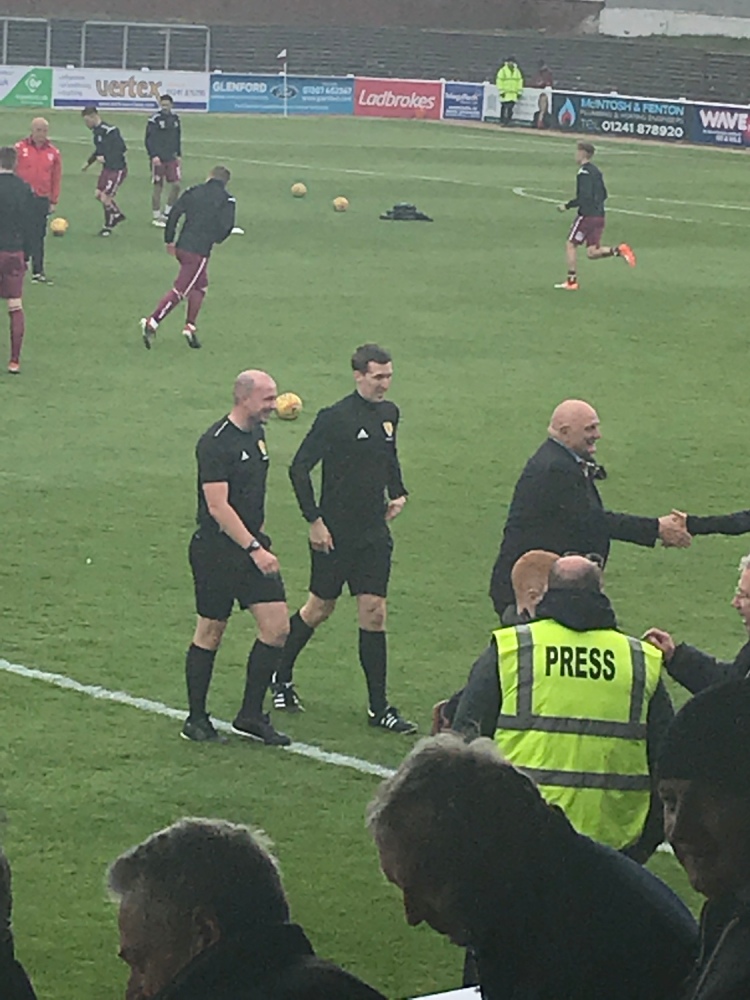 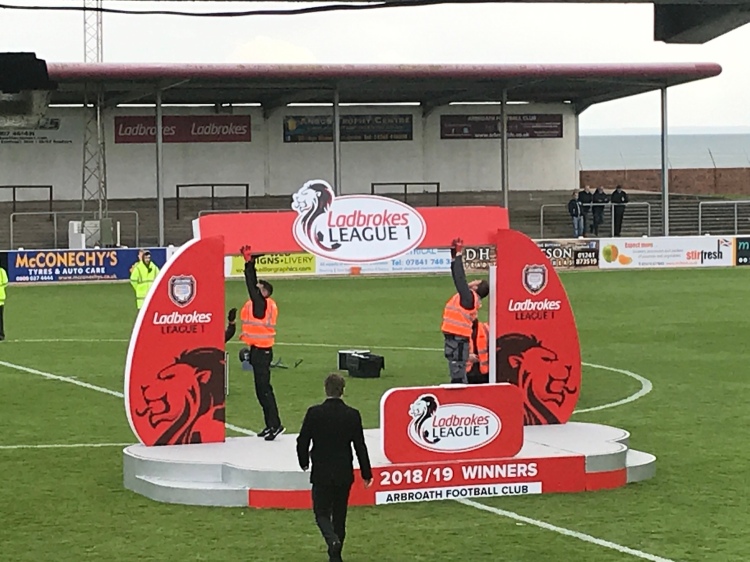 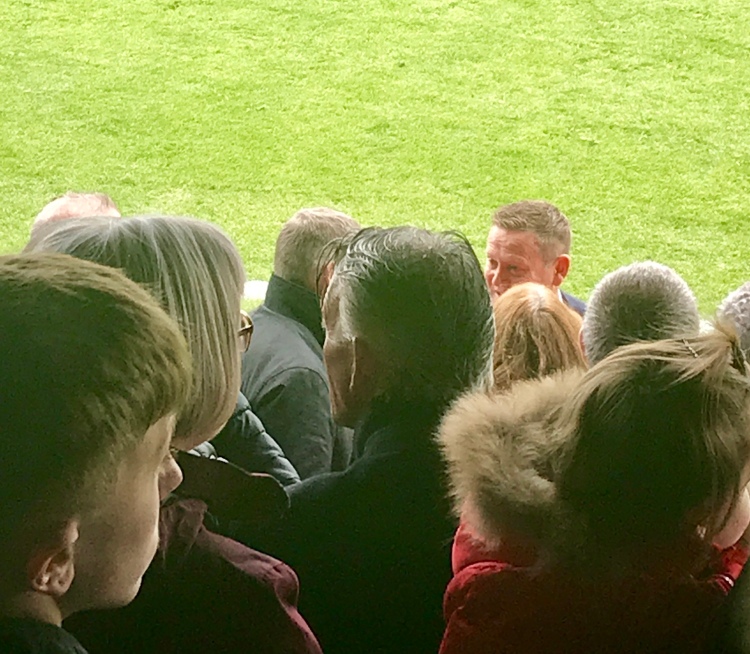 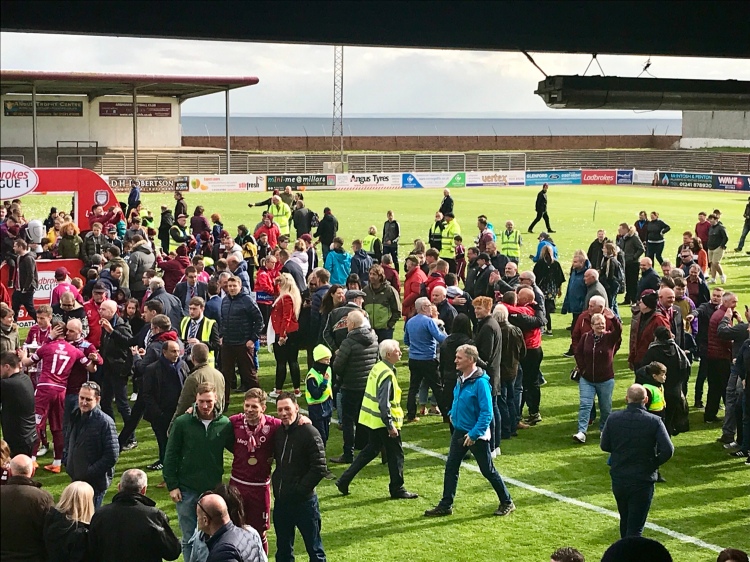 One thought on “Arbroath are the Champions!”