It’s my Mum’s birthday today and my sister posted a newspaper cutting from 1958 when she won the title of Queen of Arbroath. She was chosen by Charlie Chaplin out of 50 entrants! 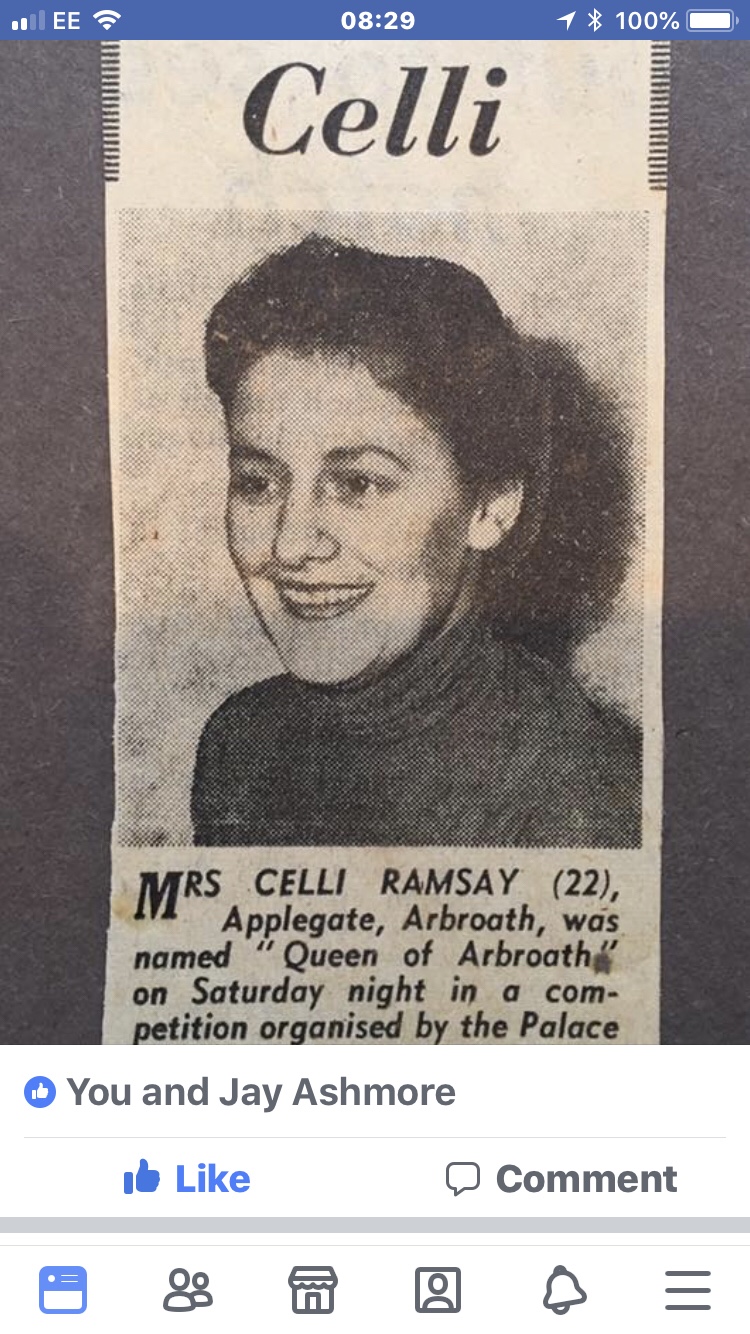 After sending birthday wishes I had an early appointment for my biannual mammogram: never something I particularly look forward to, but has to be done. Lady Mcadden’s do marvellous work and the staff are all so lovely.

I donated the cost of the mammogram and now await the result, always in the back of your mind, but I will have plenty of distractions over the next two weeks!

Way back in August I booked 3 tickets to see Harry Styles at the O2 and have been really looking forward to it.

Jay and I travelled up on the train to meet Georgina at North Greenwich. 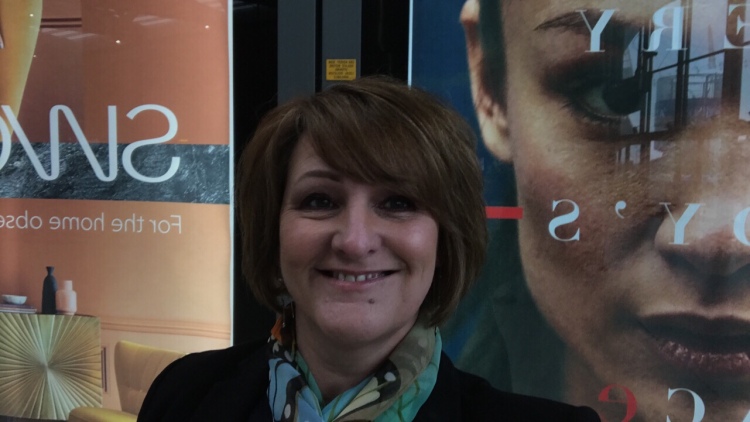 Georgina wasn’t feeling too well so she didn’t eat, but Jay and I enjoyed dishes from Wagamama’s. 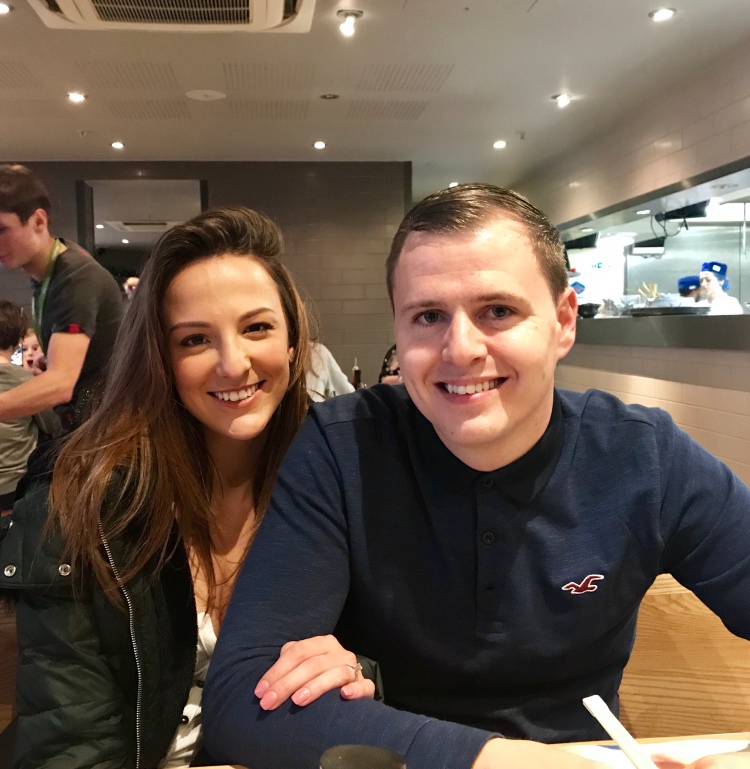 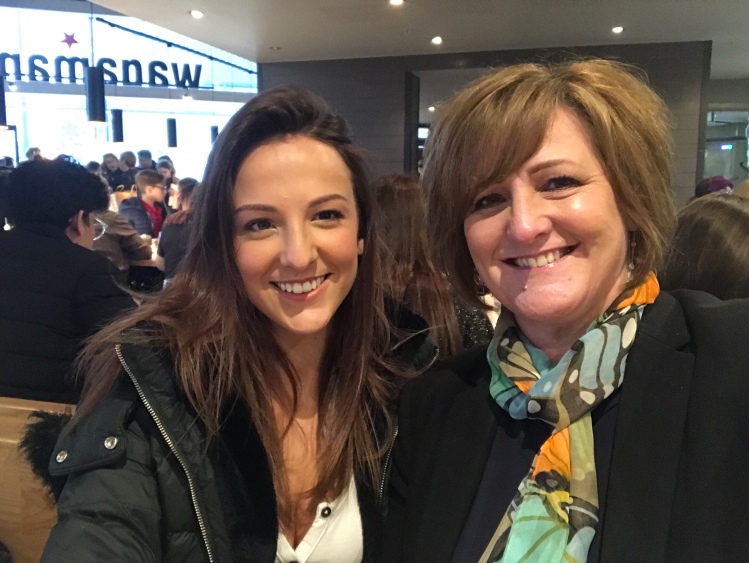 We strolled to the O2 and queued for the security checks. 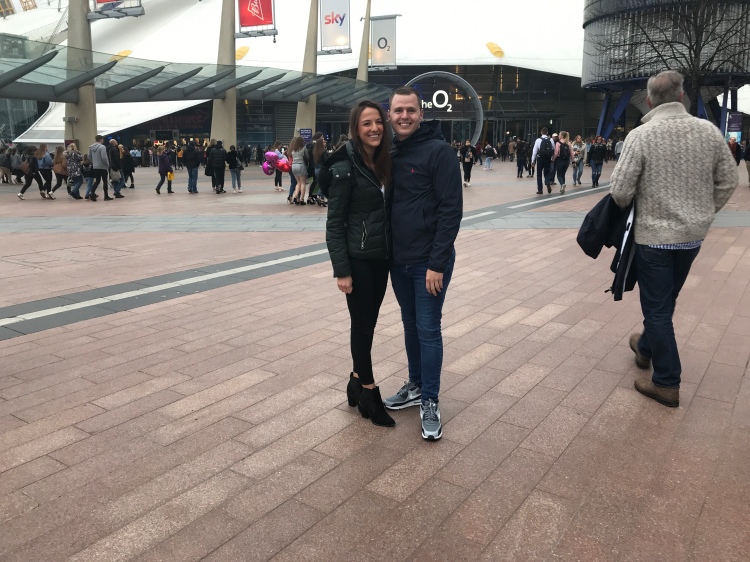 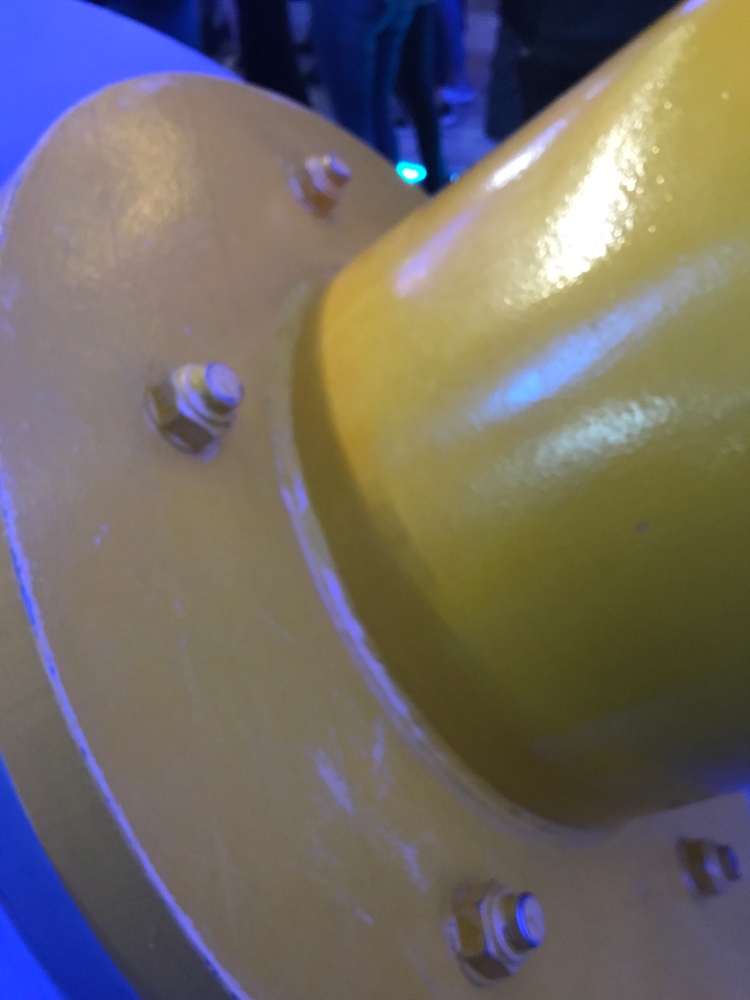 Once inside we settled into our seats and waited.

Mabel, an up and coming star, was the support, and she was really good! I for one really enjoyed her set. 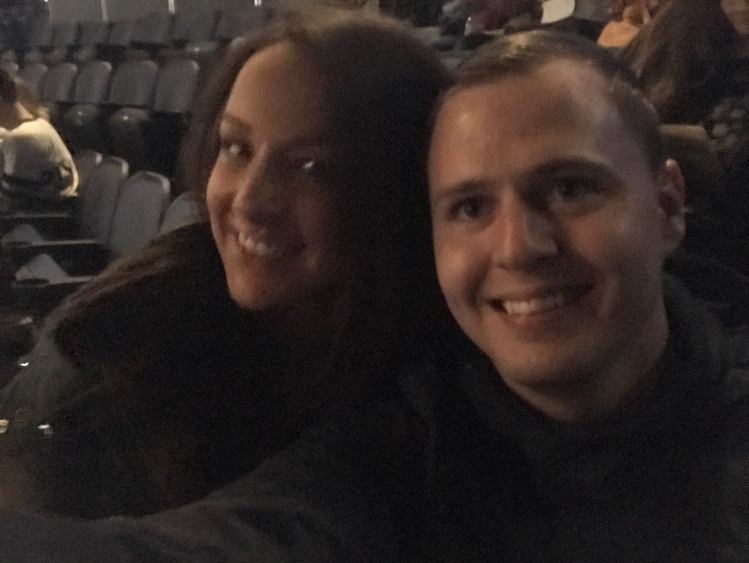 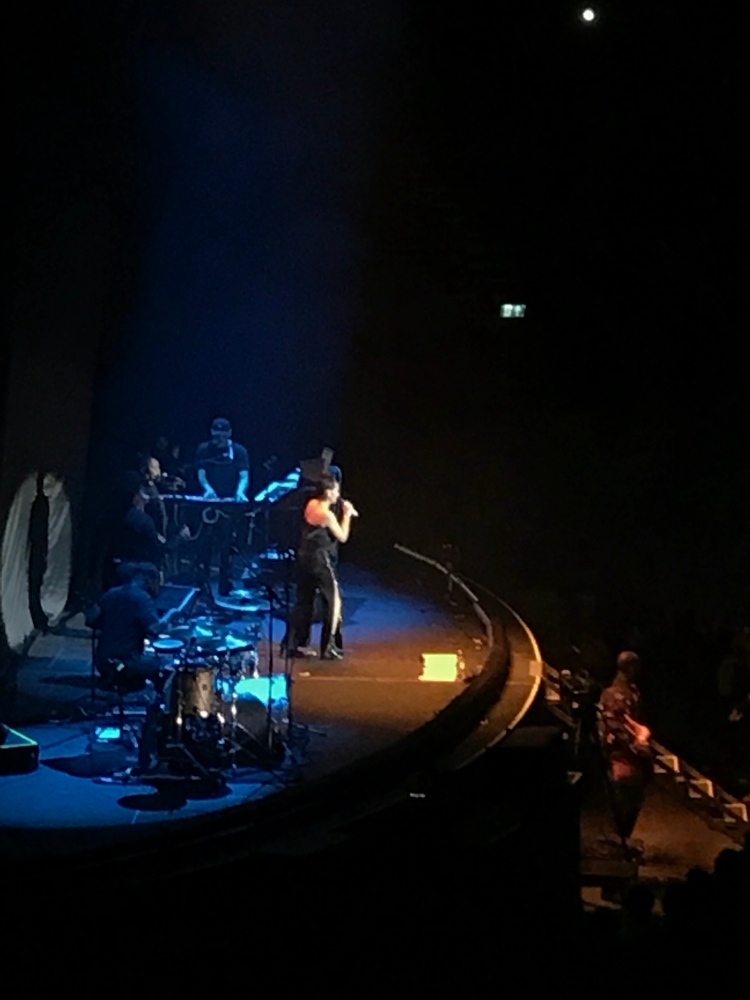 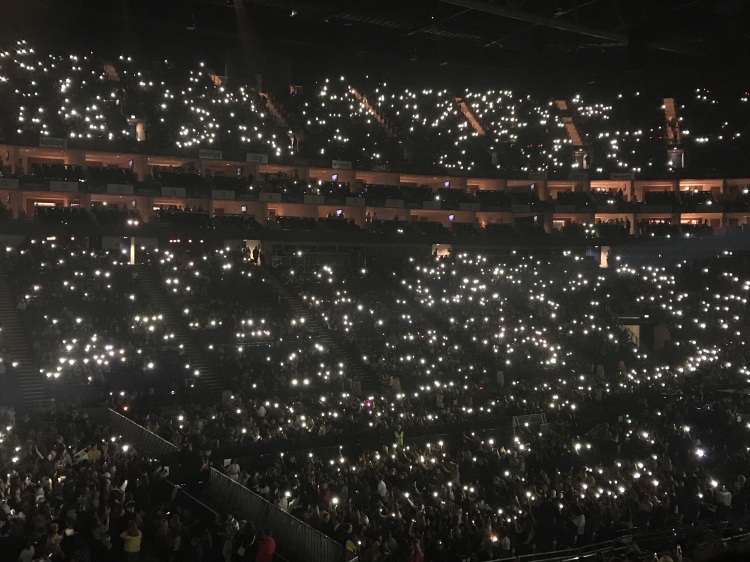 Another 40 minutes ensued whilst we awaited Harry.

The music started, lights dimmed and……..

Harry appeared: resplendent in a crushed baby pink velvet jacket, with gold sequins and filigree. He reminded me of Hugh Jackman as Barnum in a recent film, the Greatest Showman-hence the title of this blog.

He sang new songs and versions of old 1D hits, he worked the crowd, was magnanimous in his praise to the crew, his band and his followers.

It was really enjoyable but the best bits were when you could hear him sing with just basic accompaniment and less of the screaming-now this may have more to do with my hearing aids than anything else! 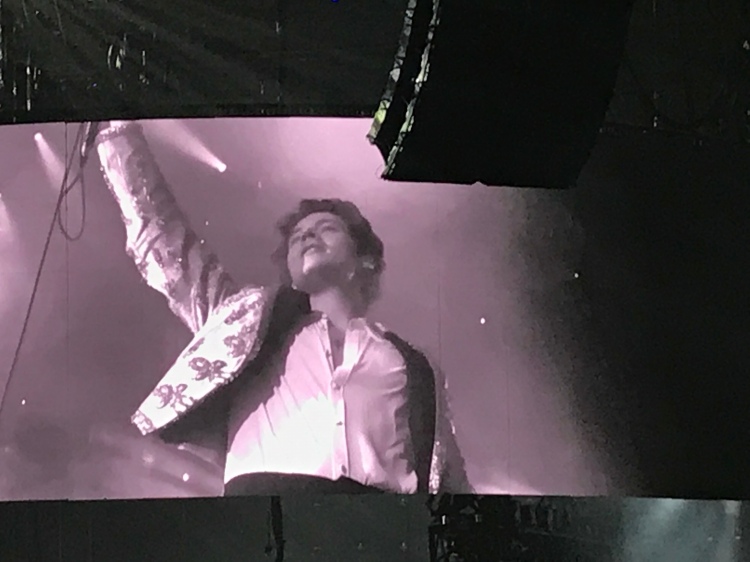 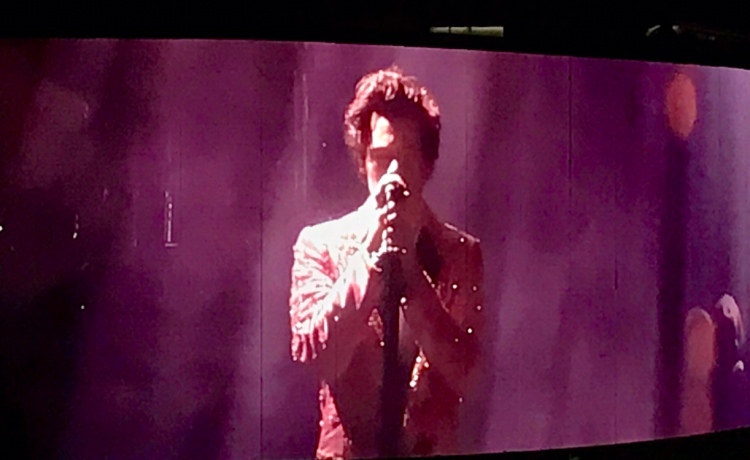 I was captivated by a young boy with his mum, wearing ear defenders and singing along to the Sign of the Times!

The journey home was relatively smooth and pick up from Shenfield was arranged. 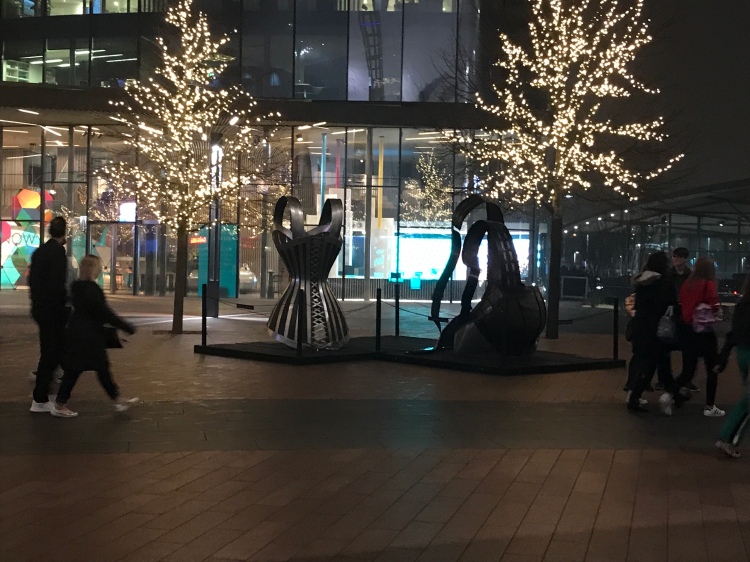 I have seen Harry perform as part of 1D on two other occasions and his journey as a solo artist is now apace.

His foray into acting in Dunkirk was well received and I definitely see him playing a young Mick Jagger at some stage on screen.

A delightful evening, memories made and shared.